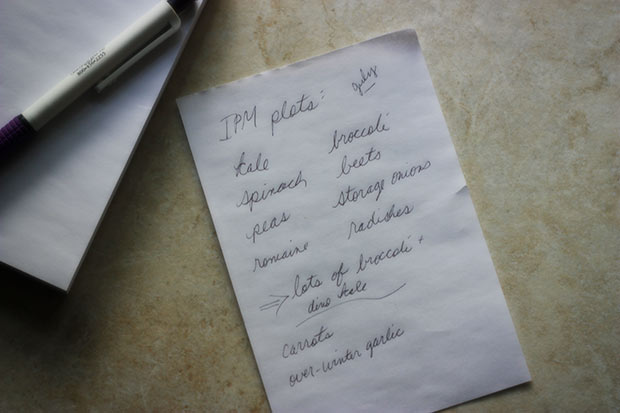 I’ve become a list-maker. When this development occurred, I have no idea. I used to abhor lists: they’re rigid (do this do that bossy boss); they’re accusatory (the grass won’t mow itself, ya know); they’re judgmental (you crossed nothing off me today — fail, you failure!).

I had a bear-trap of a memory in my younger days. I have a degree in math, and freshman year meant you took the super rigorous Calculus for Engineers course — the “weed out” class that met 5 days a week for a year and a half. The back of the 1,500 page textbook listed 105 derivative formulas. My classmates devised all sorts of clever cheat sheets for test days — me, I hiked up my stone-washed jeans and memorized them. All 105. For folks who never had to endure the trials of calculus — or who have thoroughly flushed it from their memory — this is a derivative formula:

(Considering that now I can’t even remember where my phone is half the time — I finally had to take the ringer off vibrate so I could hear the device when I called it — even I’m impressed by my younger self.)

So, lists were unnecessary for a large portion of my life. Math trained my brain to be analytical, diligent, and organized. I scoffed at lists, and obsessive makers thereof. I don’t need no stinkin’ lists.

But, I’m more than half of my life away from that math whiz and the rigid training of university. I misplace my keys and my DSL camera battery charger regularly. (I have three battery chargers, actually, as I’ve lost old/purchased new/found old/lost receipt on several occasions.) My doctor tells me it’s a normal part of aging — I, however, am appalled (“Aging?” Who’s “aging”? Yo mama, that’s who’s aging, Dr. Condescending Whippersnapper.). So, I’ve made a necessary but uneasy peace with lists, thanks to technology.

I’ve come to rely on the “Our Groceries” shopping list app so heavily, it scares me. That app counts for about 75% of my lost phone panic: OMG, my shopping list is on. my. phone.! Gah!” (Unnecessary panic, I might add, because you can access your list from any device. And no, Our Groceries is not sponsoring this post — I’m simply addicted to it.)

I’ve also recently settled on Google Tasks for my master to-do lists. I love the calendar format: much less intimidating than an endlessly long checklist, which makes me feel defeated before I even begin. I can look at today, and the week ahead, and absorb only what I need in the moment. 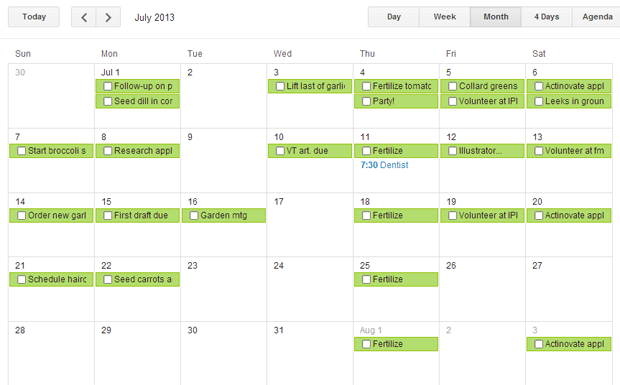 Not surprisingly, garden tasks pepper my to-do list all through summer. Here’s some of what I’ll be adding to my quickly-filling Google Tasks as we wrap up June and plunge head-long into super-busy July.

All tomato plants are growing at impressive rates — most over 5 feet tall already — all plants have blooms and fruit, and a mid-July ripe tomato is almost guaranteed (Cherokee Purple likely to be the first). 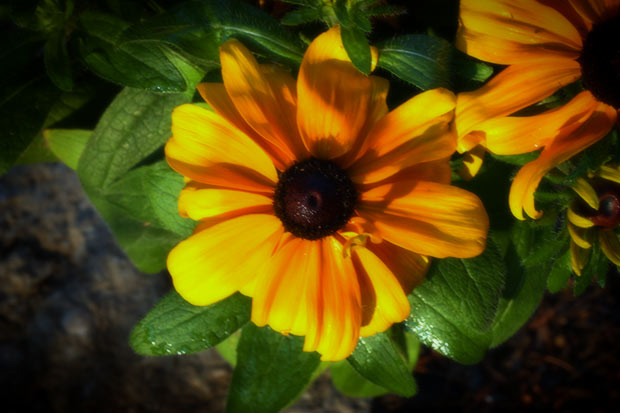 Plant the last of the bee attractors 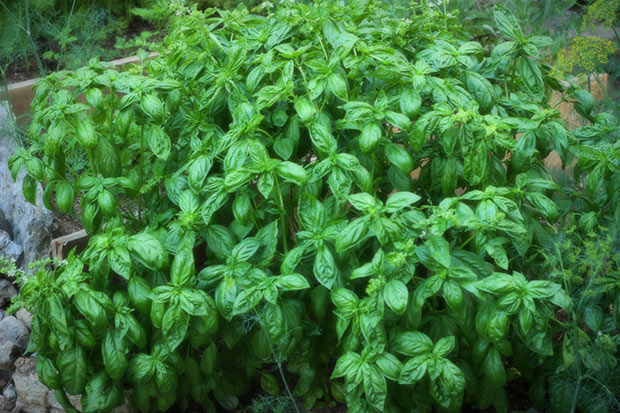 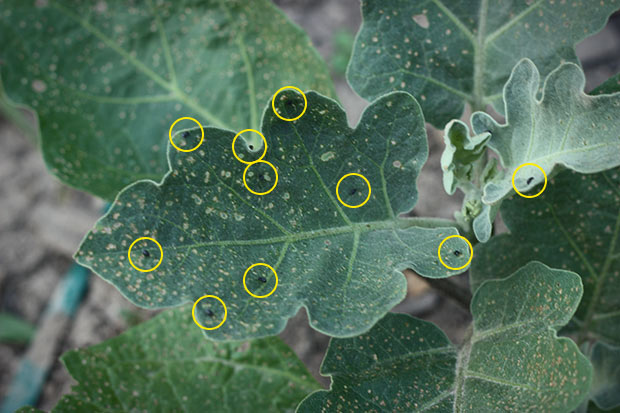 Deal with the flea beetle infestation on my eggplants. (Sigh) 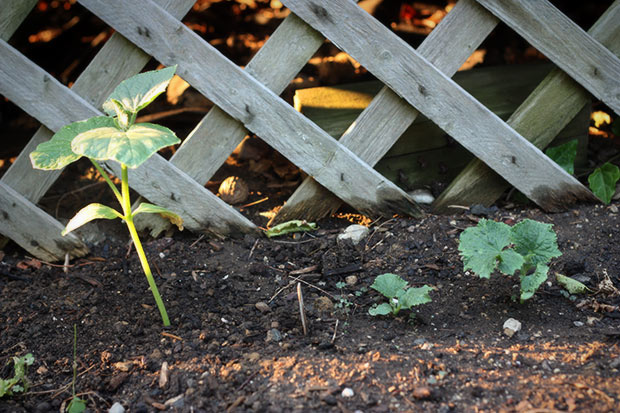 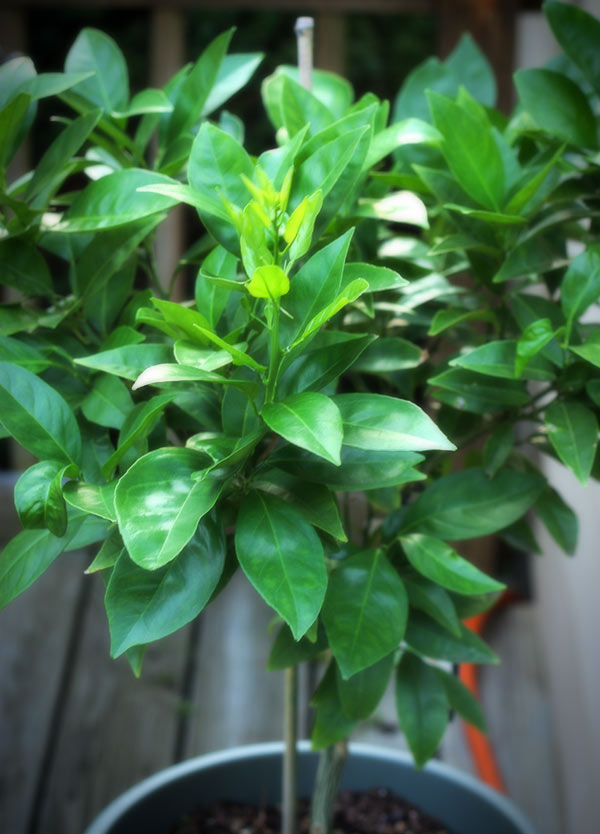 Rejoice in the progress of the blood orange tree

After doing practically nothing last year, my blood orange tree is finally tossing out tons of healthy new growth. Really hoping for oranges this year. 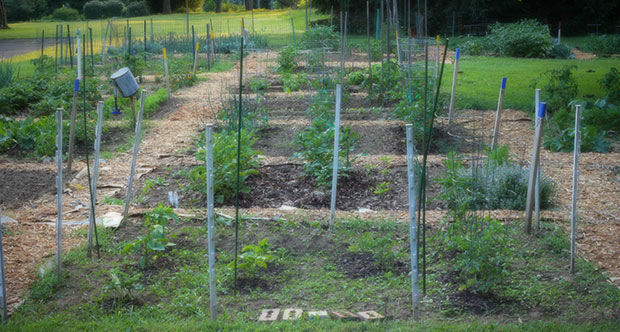 I took over the management of a 24-plot community garden this year. In addition to plots planted by families in our community, we also intensively plant 600 square feet of produce that serves two non-profits. 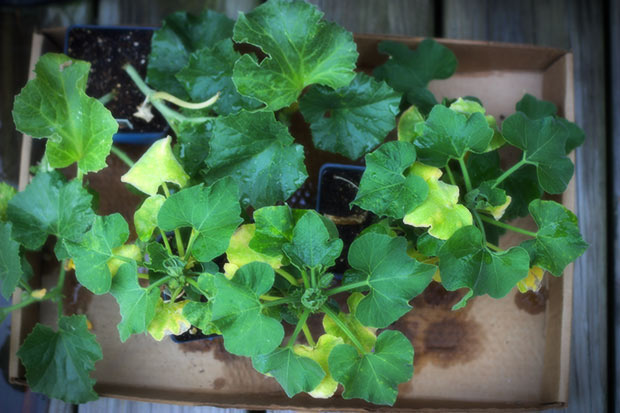 Apparently, I’m a sucker for both stray animals and stray plants. Rescued these butternuts and cantaloupes from certain death at the nursery. A little love and care, and they’ve greened up and resumed sprouting. They’ll go in the community garden’s food pantry plots. 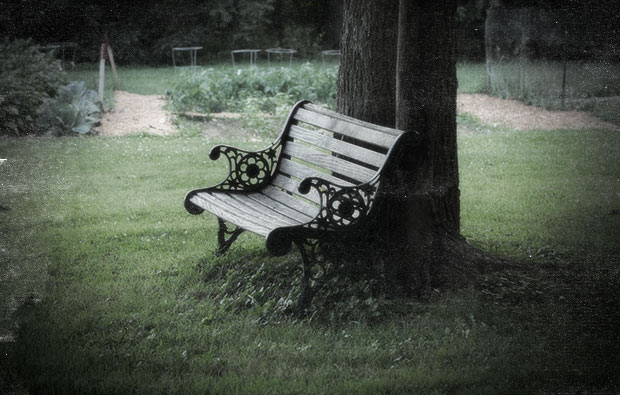 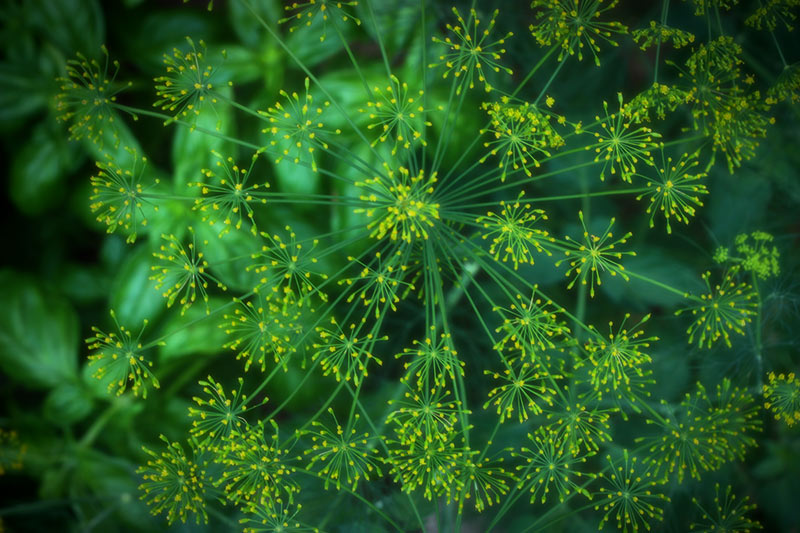